Here are the answers to some of the questions we commonly receive about Ecclesia Sophiana:

What is The Ecclesia Sophiana?

We are a mystical and esoteric church within the Gnostic Christian tradition whose clergy hold valid office within the historic Apostolic Succession.

How exclusive are you?

We practice our religion in similar ways to others who consider themselves Christians. The language of our Liturgy, however, known as the Holy Qurbana, seeks to reflect a Gnostic understanding of the sacrament. The ES is distinctive in its use of Hebrew and Aramaic names and prayers.

The main ordinance is the Holy Qurbana, which involves the use of vestments, incense, candles and so on. The Holy Qurbana is the official form of Communion Service but there is freedom for our clergy to experiment and to be creative. Vestments can be elaborate or simple depending on the stance of the individual priest and resources available. The same freedom applies to other services such as funerals, baptisms etc. All our worship is open to others to attend and there is no qualification for receiving communion.


Who is the leader of the Ecclesia Sophiana?

The Catholicos is the presiding Bishop of the Ecclesia Sophiana and is known formally as the Rt. Rev. Dr. Vernon Marshall, and informally as Mar Dion.

Mar Dion was born in 1952 he has had a varied career, including over 36 years as a Unitarian Minister. He has also worked in Teaching and Social Work. He has a number of qualifications in Theology, Religion and Qabala, and is also a trained Healer, Counsellor and Meditation Therapist. Mar Dion is also a member of a Druid Order, and a member of the British Martinist Order. 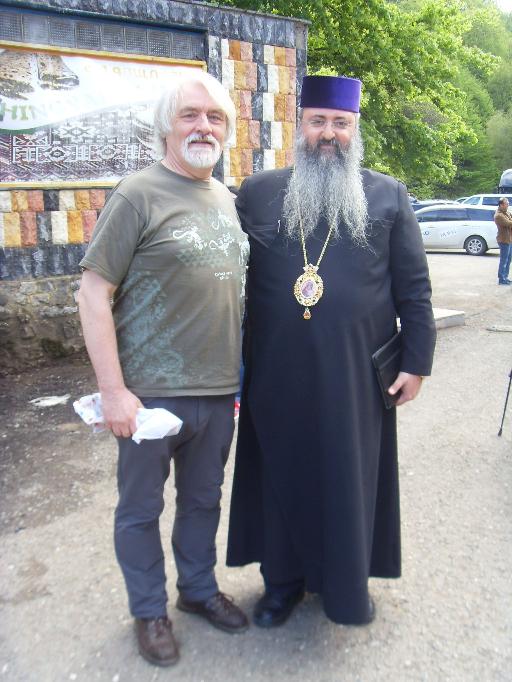 Where are ES churches to be found?

We have no official buildings. Individual clergy will have a home temple or may use part of their home for worship. They may have a small gathering also but all clergy are honour bound to share their celebrations with those who wish. Anyone wanting to receive Communion will not be refused unless there is a very good reason.

What if there are no clergy in my area?

Consider offering yourself as a Deacon, perhaps seeking eventually to become a Priest. Otherwise, you may choose to become a lay member of the Church and receive access to devotional material that reflects our ethos.

How does one join the clergy?

There is a simple application procedure. On request appropriate application forms will be sent. A training programme will be arranged for the applicant. Such a programme will be free, except for the cost of several books that will be required. We are not looking necessarily for highly skilled academics but individuals with a clear sense of a yearning for spiritual truth. Those wishing to be Priests will be ordained first as Deacons and a second programme will be required leading to ordination into the Priesthood. Ordinations for both Deacons and Priests will be conducted by the Catholicos face to face and not over the internet. Experienced and qualified clergy of other denominations may be fast-tracked. Please note that checks on criminal backgrounds will be made. Those convicted of sexual offences will not be eligible for ordination.

Do you ordain women?

Yes. Women are eligible for all offices in the ES, including Deacons, Priests and Bishops. We are committed also to full equality of gender, sexuality, disability, and age. The vision of the ES is to have at least an equal number of men and women in our priesthood. It would be absurd to seek to bring back into prominence the Divine female presence if women were denied ordination.

Are you able to celebrate Same Sex Marriages?

In principle we certainly are. The major practical problem is the same as it is for traditional marriage ceremonies. We do not own church buildings and, in England and Wales for example, that would lead to a legal difficulty. Nonetheless, we are available to perform a service of Holy Union that could follow or precede a civil marriage.

Are you Protestants, Catholics or Eastern Orthodox?

We are none of these. For several hundred years the ideas of Gnosticism were widespread throughout Christianity until suppressed by the mainstream. Our liturgical practices look similar to some Catholic offices but beneath what seems familiar is a deeper mystical understanding of what is taking place.

Not at all. Although we share the same Gnostic approach to Christianity, and there are numerous teachings and scriptures involved in Gnostic Christianity, we do not expect everyone to think alike. We are drawn together by our common practices and our desire for a genuine mystical relationship with the Divine

Do you believe in the Holy Trinity?

Do you honour the Blessed Virgin Mary?

We revere Mary as a great God-filled person who deserves the title of Holy Theotokos (literally “Mother of God”). We prefer to use her Hebrew name of Miriam Hannah. Many of the traditional devotions offered to Miriam Hannah are, however, offered instead to the Holy Sophia. We also greatly honour Mary Magdalene whom we usually refer to as Maryam. She is also often referred to as the Kallah Mashiakh, or Messianic Bride, and as an incarnation of the Holy Sophia.

Do you honour the saints and angels?

We revere many righteous ones, whom we call the Tzaddikim, as we do also the angels, the Maggidim, and we call upon a number of the Maggidim in our services.

What does Gnosis mean?

Gnosis is about direct knowledge of the Divine. It is thus not about belief or faith but about experiencing the Divine for oneself by seeking God within oneself. The universe “emanated” from God like ripples on water created by a pebble dropped in a pond. The earth is a flawed creation, and not directly created by the Infinite, and thus our natural home is with the Ultimate One in the Fullness (or Pleroma). By finding the existence of the divine sparks within us we can acknowledge our divine status and seek our way home to the “real” world. This journey may take many lifetimes so we do acknowledge the reality of reincarnation.

What do you mean by an esoteric church?

Those involved in esoteric practices are those who have a philosophy that is seemingly veiled from those who have not acquired a means of access to the truth. In other words, what we do and say is indicative of something that is not immediately apparent.

How are you related to other Christian Churches?

The basic philosophy underlying all we do is very different to that of mainstream Christianity. We do have some sympathy with their spirituality, however, and we acknowledge many of the saints, martyrs and mystics of the traditional churches.

How are you related to other Gnostic Christian Churches?

There is no formal relationship with any other Gnostic church. We are inspired by the Cathar movement of mediaeval France, however. The Ecclesia Sophiana has also been inspired by a number of other existing Gnostic churches and has used ideas and materials from their published documents. This is particularly the case with the Ecclesia Gnostica, the Ecclesia Pistis Sophia, the Apostolic Johannite Church and the Eglise Gnostique Apostolique.

What about other esoteric churches?

The ES has some ideas and practices similar to those of the Liberal Catholic Church and its many breakaway churches that arose out of the Theosophical Movement. There are no formal links, however, as the ES is less committed to the retention of traditional liturgical language and the teachings of Theosophy as taught by Helena Blavatsky. The ES also rejects the inability of many of those churches to accept women into the priesthood and episcopacy. A number of those churches have also turned away from an esoteric approach.

What about the Gnostic Catholic Church?

The Gnostic Catholic Church, created by the controversial occultist Aleister Crowley, bases its activities upon the “Gnostic Mass”. The ES has nothing whatsoever to do with Crowley’s creation which is in reality an offshoot of the Thelemic Religion, a movement unlike anything commonly understood as Gnostic, Catholic or Christian.

What about other Gnostic movements?

There are many organisations and churches that call themselves Gnostic. The ES may have sympathies with some of them, such as the Gnostic Sanctuary, but many of them have developed ideas and programmes that draw inspiration from numerous other non-Gnostic sources.

What else has inspired Gnostic Christianity?

There is much within esoteric Christianity that has inspired Gnostic Christianity. The legends of the Holy Grail, the Knights Templars, the Troubadours, the Hermeticists, the Rosicrucians, the Martinists, Christian Cabala and the Freemasons. There are also parallel movements such as the Mandaeans and the Manichaeans.

What relationship do you have with other religions?

Other religions and philosophies continue to inspire members of the ES. Wherever possible we try to make formal contact and to participate in inter-faith activities and organisations. We uphold the right to religious freedom and celebrate diversity.

Do you also do healing?

We hold healing services as well as encouraging more focused individual healing sessions. Most of these are for distant healing but hands-on healing is possible if proper precautions are taken and insurances secured. Accredited healers need to be trained by the ES or may be accepted if proper qualifications have been acquired elsewhere.